At DARIS Centre Mass Spectrometry Unit there are a number of instruments which can potentially cover a wide range of materials for analysis.

Additionally, there is scope for analysis of volatile organic compounds such as pesticides in soil, water, blood, urine and residual solvents in dry powder using GC-FID and GC–MS. There is also potential for the analysis of inorganic materials such as heavy metals in various matrices namely soil, plant material, body fluids and tissue using AAS and ICP-MS.

It is worth mentioning that in all above cases MS or Mass spectrometry offers exceptional sensitivity most suitable for dealing with low levels of analytes. In the case of LC-MS and GC-MS instruments both can provide MS-MS function which could go towards a more specific mode of analysis.

Liquid chromatography UV detection is an analytical technique where by certain non-volatile group of compounds can be analyzed using the Ultra Violet (UV) detection to identify and quantify compounds of interest. This system is one of the most common instrumentation in the majority of the analytical laboratories around the world. This is mainly due to the fact that the instrumentation is relatively cheap to acquire and easy to use with minimal training for the staff. As with LC-MS this instrumentation has a wide range of uses and is applicable to compounds such as pesticides, pharmaceutical products, drugs of abuse and many other categories. 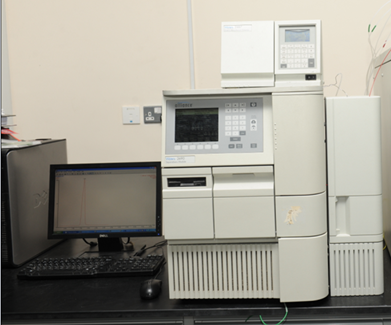 Liquid chromatography–Mass spectrometry (LC-MS, or alternatively HPLC-MS) is an analytical chemistry technique that combines separation capabilities of liquid chromatography (or HPLC) with the mass analysis capabilities of mass spectrometry (MS). LC-MS is a powerful technique that has very high sensitivity and selectivity and as such is useful in many applications. Its application is wide ranging from detection of pesticides in water, blood, soil to analysis and identification of medicine and chemicals used in pharmaceutical industry, Forensic science, Hospitals.

Both HPLC-UV and LC-MS have a wide range of uses and are applicable to compounds such as  nutrients, food additives as well as use in areas such as  forensic science, food industry, health industry, oil industry, environmental research, neonatal screening, Therapeutic Drug Monitoring (TDM). In TDM studies, the focus is  on medication concentrations in blood. For example, drugs that are administrated to patients who have had organ. This is to make sure the right amount of drug is delivered to the area of need. In the Neonatal screening the blood obtained from the new born baby is tested to determine whether he/she suffers from any abnormally high levels of amino acids in his/her  blood therefore indicating  possible underlying health issues.

LC-MS is frequently used in drug development by the pharmaceutical companies to monitor and confirm the presence of correct prepared drug. Additionally this technique can be sued alongside HPLC-UV to characterize the produced pure standards making sure no contaminants are present and if there are any contaminants, at what extent are they present in such compounds. 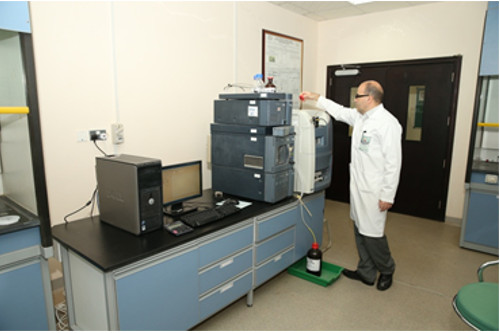 Gas chromatography with Flame Ionization Detector (GC-FID) is a common type of chromatography used in analytical chemistry for the separation and analysis of multi-residue samples that can be vaporized without decomposition.  The sample migrates through the column with a flow of inert or unreactive gas, which is called the carrier gas. The mechanism of separation is influenced by many factors, for example, the components, which have low boiling points, will come out of the column earlier and will be detected faster than those that have high boiling points. 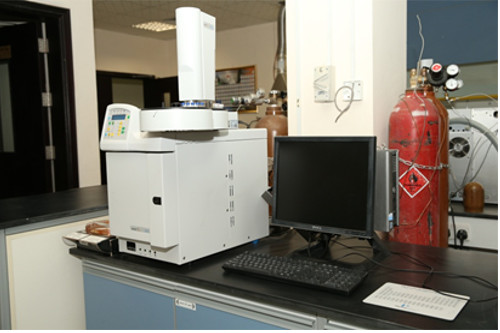 Gas chromatography–mass spectrometry (GC-MS) is an analytical method that combines the features of gas-liquid chromatography and mass spectrometry to identify different substances within a test sample. GC-MS has been widely heralded as a "gold standard" for forensic substance identification because it is used to perform a specific test. A specific test positively identifies the actual presence of a particular substance in a given sample. A non-specific test merely indicates that a substance falls into a category of substances. Although a non-specific test could statistically suggest the identity of the substance, this could lead to false positive identification.

There are a large number of applications that use GC-FID and GC- MS analytical techniques as the primary source of detection and quantitation. These include areas such as determination of extent of environmental contaminations with various pesticides and/or petrochemical chemicals in atmosphere,  soil, water, food stuff .Applications of GC-MS include drug detection, fire investigation, environmental analysis, explosives investigation, and identification of unknown samples. GC-MS can also be used in airport security to detect substances in luggage or on human beings such as possibly drugs of abuse or traces of explosives. Additionally, it can identify trace elements in materials that were previously thought to have disintegrated beyond identification. 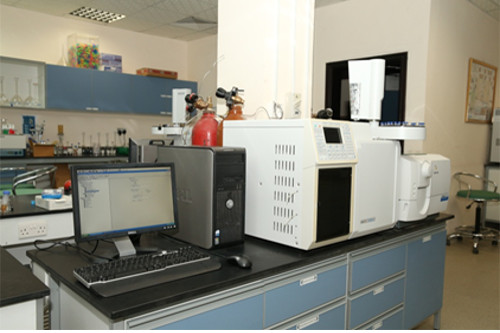 Atomic absorption spectroscopy (AAS) is a spectroanalytical procedure for the quantitative determination of chemical elements using the absorption of optical radiation (light) by free atoms in the gaseous state. In analytical chemistry the technique is used for determining the concentration of a particular element (the analyte) in a sample to be analyzed.  AAS can be used to determine over 70 different elements in solution or directly in solid samples used in pharmacology, biophysics and toxicology research. 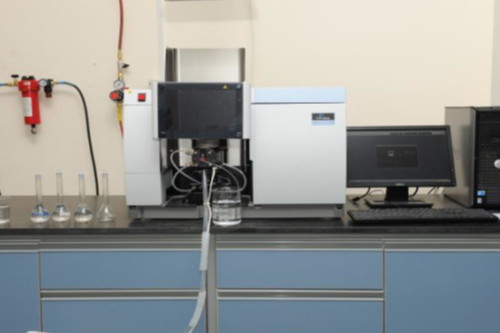 Inductively coupled plasma mass spectrometry (ICP-MS) is a type of mass spectrometry which is capable of detecting metals and several non-metals at concentrations as low as one part in per trillion. This is achieved by ionizing the sample with inductively coupled plasma and then using a mass spectrometer to separate and quantify those ions.  Compared to other atomic absorption techniques for example, Atomic Absorption Spectroscopy, ICP-MS has greater speed, precision, and sensitivity. However, analysis by ICP-MS is also more susceptible to trace contaminants from glassware and reagents. One of the largest volume uses for ICP-MS is in the medical and forensic field, specifically, toxicology. A physician may order a metal assay for a number of reasons, such as suspicion of heavy metal poisoning, metabolic concerns, and even hepatological (liver related) issues. 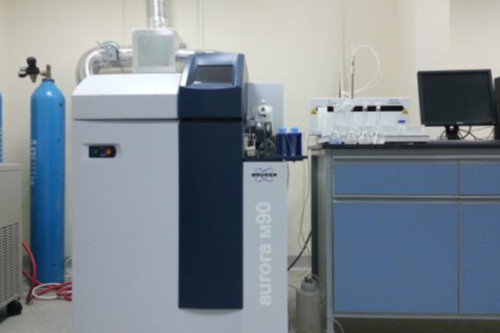